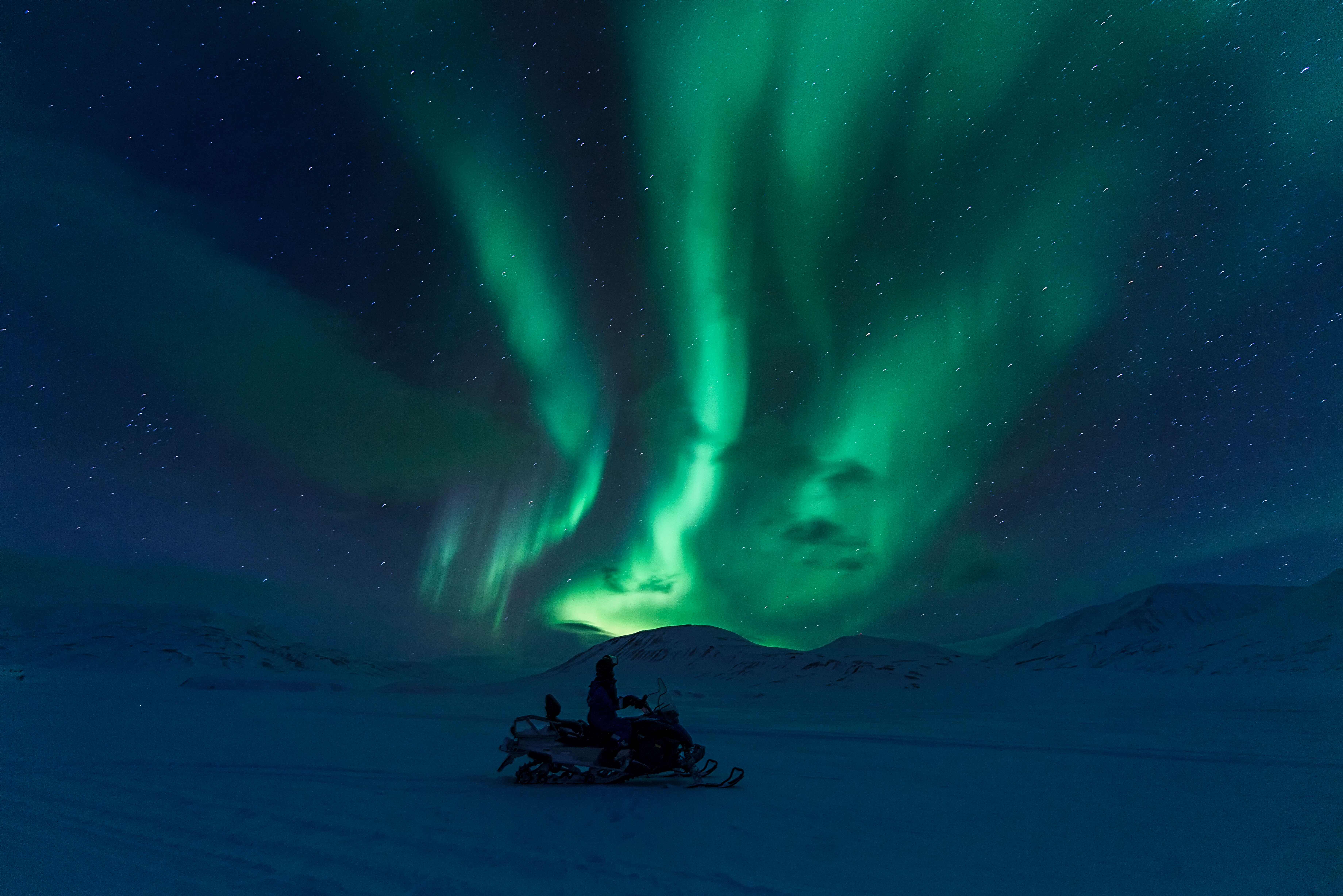 You may have wanted to go on an Aurora holiday to see the Northern Lights for a long time. It may be at the top of your bucket list. However when you think about travelling somewhere very cold and very dark all day it may also not sound like much fun if you don’t know what to expect. One of the most common questions we get from people from all over the world who enquire with us is; is it really dark all day?

The answer is more complicated than a straight ‘yes’ or ‘no’. So I’ll help to answer it as best I can for you.

Depending on at what point you travel within winter the range of light varies quite considerably. At the end of November if you are within the Arctic Circle the sun will set below the horizon and not rise above it again until a few weeks later. That doesn’t mean however it is pitch black all the time from November to Feburary.

During November and early December, and from late January to mid-February the light at midday can be described as a ‘dusky’ light. The sun isn’t above the horizon but it’s quite close to it and so there is an element of light. This time of year is particularly beautiful as it casts beautiful colours of blue and pink (think about the end of a sunset) across the snowy landscape. The light; combined with the fascinating scenery; is a photographer’s dream! The dusky light does only last for a few hours before returning to dark again so the timing is short however contrary to popular belief this does mean it isn’t pitch black all the time during these months and it can be extremely beautiful to witness.

Mid-December through to the end of January the sun is further from the horizon and so yes; during these months it is dark all day. What really helps during this time is that these months are usually accompanied by snowfall and everywhere is covered in a beautiful blanket of white. The smallest amount of light is reflected all around and it feels much lighter as a result. Again, this gives a really stunning effect and far from feeling depressing by the surrounding darkness; it just feels magical.

The dark is not a reason to avoid midwinter for the Aurora and it can be one of the most magical times of year to spend in the Scandinavian Arctic. If the Northern Lights are your priority reason for travelling; then in reality it improves your chances by extending the number of hours you could see them in the skies above! The adventure doesn’t stop because of the lack of daylight; it feels even more exciting!