Lisbon & The Azores – a journey back in time…

On my latest trip with Off the Map Travel, I shifted my sights away from the Arctic Circle, and towards the equator, as I set off to explore the bustling city of Lisbon. After a short flight and even shorter taxi ride, I arrived in the bustling capital city of Portugal! 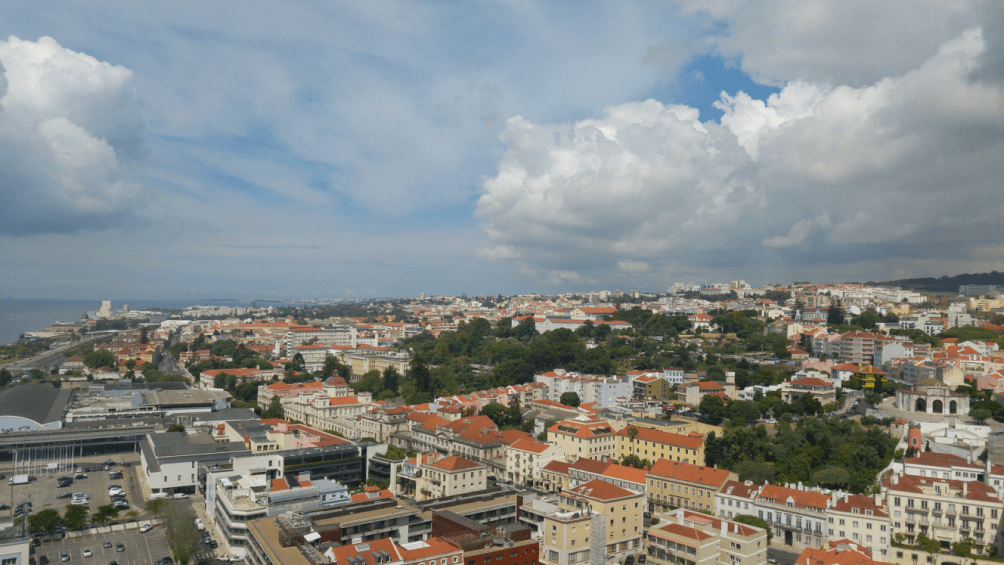 Having visited other European cities, I had the preconceived idea that I’d be stepping out into a busy street full of locals in a rush to get home from work, and large groups of tourists taking in the city sights through the tiny screen of their camera, without raising their heads. But as I wandered through the narrow cobbled streets, with their traditional tiled houses and steep hills, I was overwhelmed by a sense of relaxation. It seemed nobody was in a hurry, and everyone always had time for coffee and a Pastel de Nata!

One thing which struck me in the city was the perfect combination of new and old – the traditional teracotta roofed buildings, pretty limestone churches, and historical monuments such as the Sao Jorge Castle, alongside innovative architecture, modern restaurants, and 5* hotels. Looking out from the castle walls at the top of the city, over the Tagus River, my mind was filled with images of boats, loaded high with local goods and foreign discoveries, arriving to a bustling crowd of traders who lined the riverbanks. On a guided tour of the city, I was transported through the ages. From the Monument to Discoveries, representing a proud time in Portuguese history, to the Roman ampitheatre ruins of Museo Do Teatro Romano. Even the roundabouts were significant, with the Marques de Pombal being an iconic landmark of Lisbon and an easy and popular method of navigating around the city! 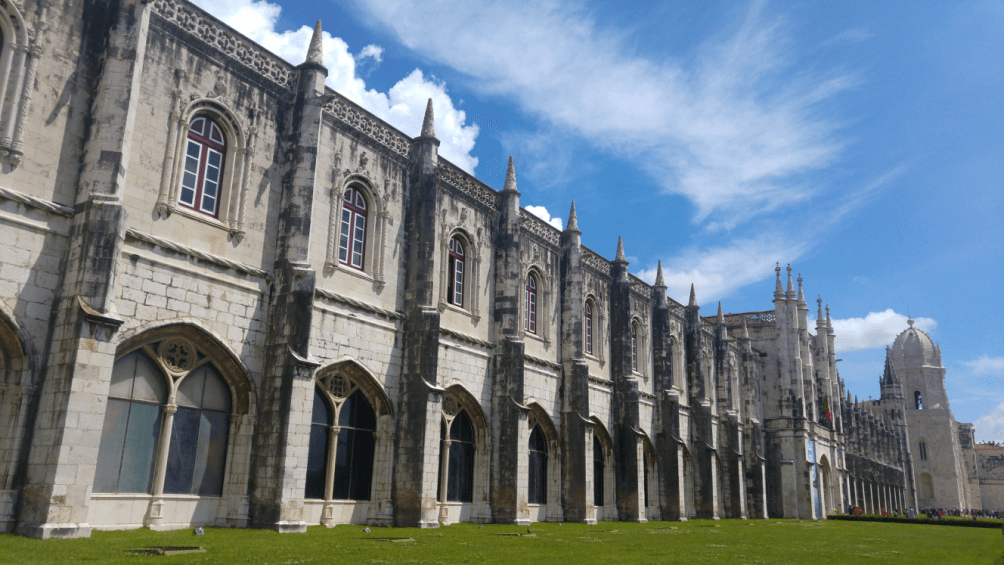 After a few days exploring Lisbon and the surrounding areas, and meeting with some fantastic hotels and activity providers in the city, I was adjusting more and more to the Portuguese lifestyle. I could certainly get used to numerous coffees and pastries throughout the afternoon, although my waistband may say otherwise. But it was time to leave the city behind and explore a little more ‘Off the Map’, so I caught my onward flight to the Azores Islands!

I landed in Sao Miguel, the largest of the collection of 9 volcanic islands in the middle of the Atlantic Ocean, and was met by the very friendly face of my guide who was here to show me everything there is to love about his home island. Driving out of the airport, we headed up a steep hill, and I felt like I’d entered a scene from Jurassic Park. All around was lush green fields and hillsides, with vibrant blue and purple flowers cascading down the hillsides. There were no dinasours in site, but there were definitely cows… and lots of them! I encountered by first Azorean traffic jam just 10 minutes into the drive, and waited patiently for the herd of dairy cows to make their way along the narrow street to their new field which was even greener than their last. 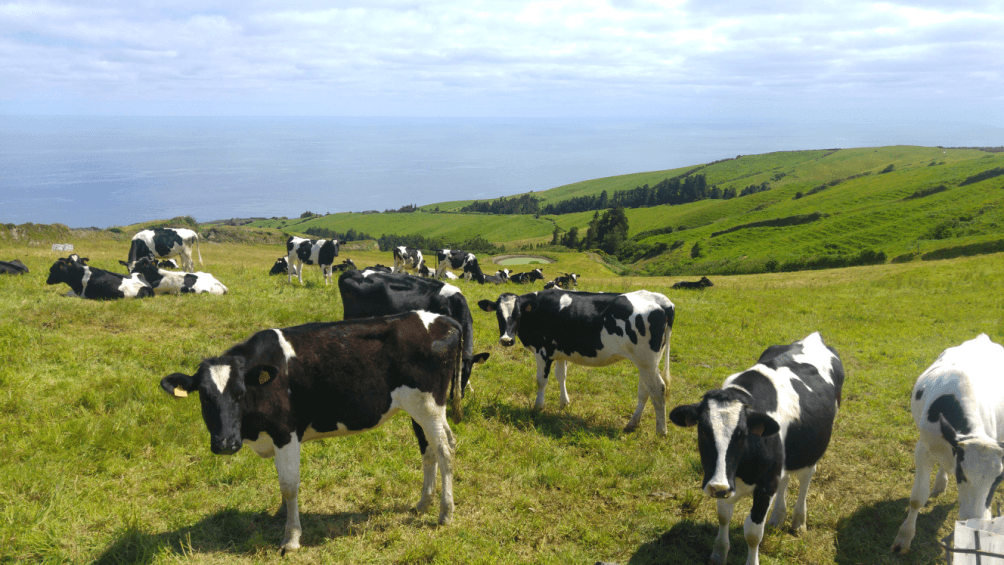 I spent three days exploring the fascinating volcanic landscape of Sao Miguel, and no descriptions or photos could ever do it justice. From the glittering blue and green lakes which lay in the crater of a dormant volcano, to the traditional tea and pineapple plantations, everywhere I looked there was something new and unique to discover. The locals seem to have truly harvested the power of the Earth, and used it to their benefit in all aspects of life. Even the local food pays respect to how the islands were formed – the ‘Cozido’ is a meat and vegetable stew, which is slow cooked beneath the ground, using the geothermal energy to make a delicious and unique delicacy! 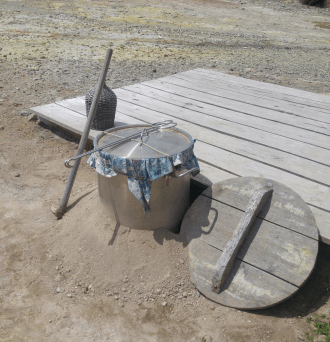 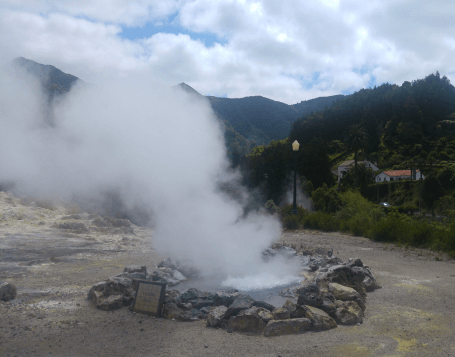 From Sao Miguel, I caught a small propeller plane onwards to the island of Faial, where I spent my final few days. The main town of Horta is picture postcard pretty, with hundreds of sailboats lined up along the marina – in years gone by, the town acted as an important port between mainland Portugal and America, and is still a regular stopping point for sailors travelling across the Atlantic Ocean. Legend states that every sailor who comes to Horta must leave a painting on the walls, to ensure they will have a safe onward journey. Beacause of this, the walls of the marina are a vibrant, colourful timeline of visitors to Horta, and it’s easy to lose yourself wandering around reading the inspirational messages which have been left behind.

While on the Island of Faial, I visited Capelinhos, where a volcanic eruption only 50 years ago engulfed a whole village in volcanic ash, and added 1km of land to the island. Standing on the grey peninsula, and looking around the lunar landscape, was a clear reminder of the power of the Earth and how the Azores islands were formed. These fascinating islands are in constant change, and the locals have learnt to respect the history of the islands and harvest the volcanic power to benefit their daily lives. It’s the perfect example of human and nature coming together perfectly, and I can’t wait to go back to explore more of the islands! 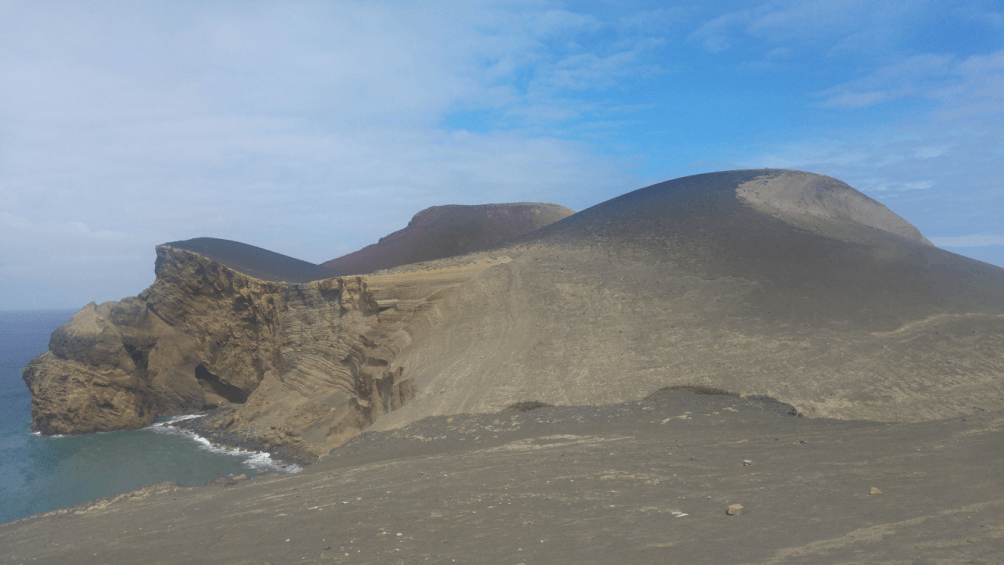 If you like the sound of Alice’s Azores adventure, read more about the islands here: https://www.offthemap.travel/destinations/portugal/azores/
Get in touch with one of our Travel Designers today, and find out how you can explore your very own volcanic islands!